Our left and right media know so little about real people – real America. Coming out of Montgomery, Alabama last night – I was still contemplating the city seal. 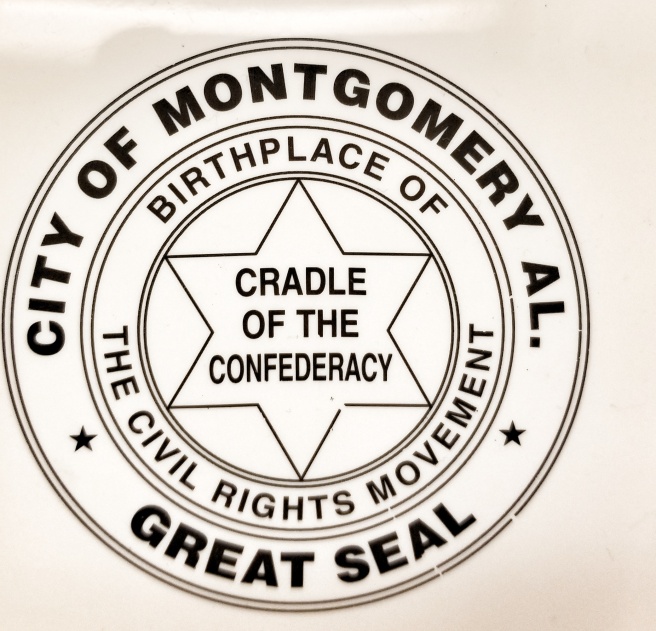 It seemed to define oxymoronic- I asked my customers both black, white, liberal and conservative to explain it. Some stated it was covertly racist and some explained it was “how far we have come as a city”. This in a state that bans interracial marriage. This is still the “old south”. I was loved, hugged and greeted with “brother” (or maybe it was my wine slushies) by both races. From the black guy selling guys underwear at a a women’s event – (I bought five pair) – to the kind white lady selling pearl broaches and necklaces – the city was full of kindness and love.

Rolling out of Bikes, Blues, and BBQ’s, I reflected on the eclectic makeup of clean preppy bikers mixed with rough “real” ironbutts. The bikes were loud and the crowd was drinking filled with a conservative ethos. 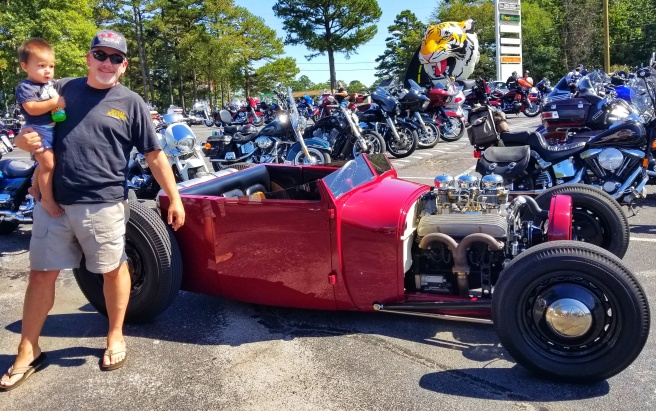 The coffee guy and I joked about the “Christian Bikers”.

They did not tip the coffee guy ever! They were dressed like wannabe Hells Angel’s and I figured the two rival gangs would battle it out over freewill versus predestination. 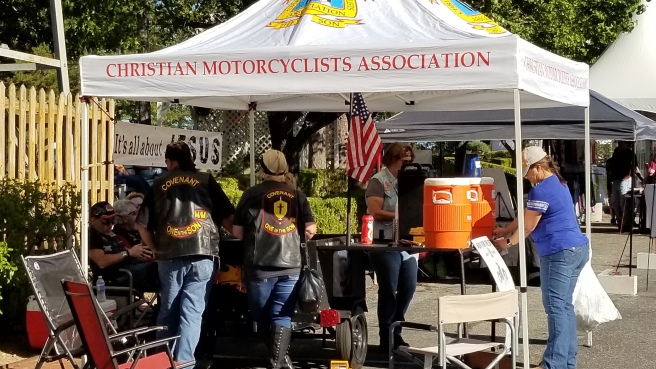 But the bikes were loud and awesome and Jake just ran around saying “dat dat dat” so excited to be one of the bikers.

America is eclectic and great despite our differences. 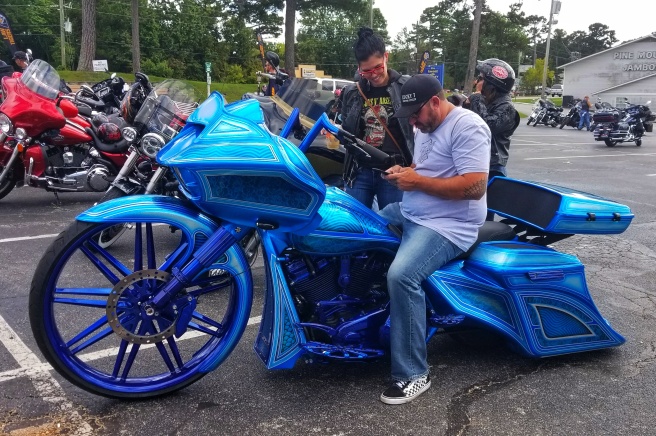 Hot Springs, Arkansas was hot. This is the only show I have ever asked someone to leave my booth. A politician walked up spouting double talk. I politely listened as she extolled how we need to invest in education and elderly healthcare. I agreed and asked how she felt about my own concerns. Our military and the second amendment- she stated we needed to cut the military, cut military benefits, reign in the VA benefits and guns should be confiscated. I was polite – with an edge in my voice – when I asked her to please leave my booth. I did not argue, did not loot, pillage, or bash. But all my customers cheered and bought more slushy!

Rodney King said it best as he was being beaten by police so many years ago ” can we all get along?” 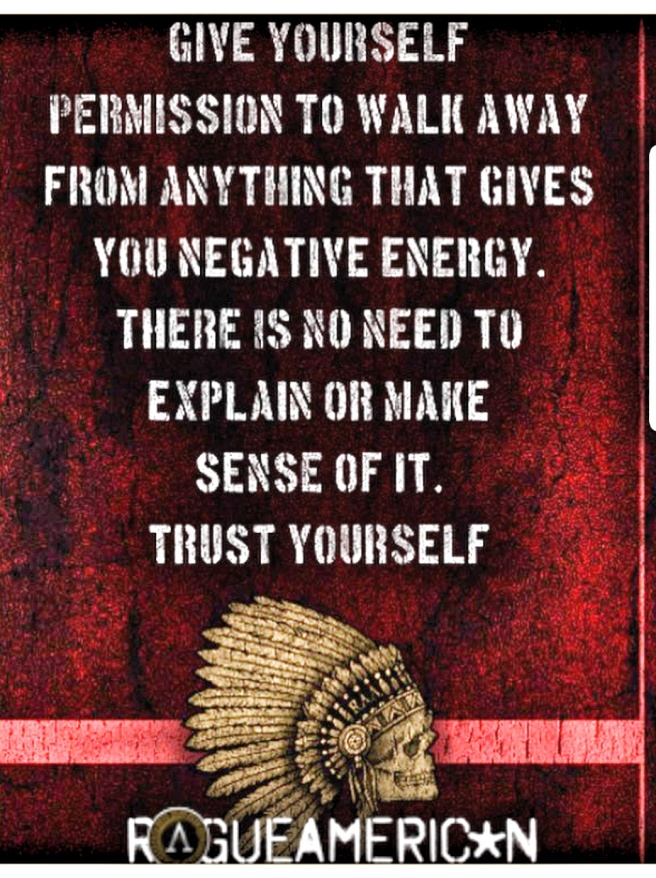 I am a think outside / act outside the box kinda guy! View all posts by Hoss

2 thoughts on “Winding Down”

A Reader's Guide to Orthodox Icons